After reading this title, you are probably asking yourself: Wait isn’t couch and sofa the same thing?! Hmm… sorry to break it to you, but apparently, no it’s not. Your whole life has been a lie.

Well, in your defense, modern designers indeed aim to remove any nuances from the terms couch/sofa, considering them almost synonymous. Some of these designers would say that “sofa” is more formal and may allude to a polished, design-driven piece, while “couch” is the more informal term used for a comfort-driven piece.

Even though many of us probably assume that “couch” is more informal than “sofa,” few people—even designers—truly understand the distinction. So, is a couch kind of more relaxed than a sofa? How is it any different?

First, let’s take a look at the words themselves, to understand the terms better.

Where does the word sofa come from?

“Sofa” comes from the Arabic word “suffah,” which is essentially a wooden bench covered in blankets and cushions. These furniture pieces typically joint functionality with extravagant decorative designs.

Therefore, it is not unexpected that the word “sofa” still has a more upscale connotation today. In reality, the term “sofa” is frequently used to describe more formal or sophisticated sofas that are intended to seat guests and add design to living rooms.

A sofa is considered an upholstered bench with cushions, two arms, and ample space for people to sit, a couch typically has no arms and is smaller than a sofa

Sofas are typically associated with hosting and formal occasions, according to eBay. They may seat four or more people, compared to a couch, which often seats two to three people — making sofas better for homeowners who welcome plenty of company.

Where does the word couch come from?

The word “couch” comes from the French verb – “coucher”, which means “to lie down.” As you can see, historically speaking, these terms are a bit different.

The phrase was initially used to refer to “something to lie down on” in Middle English, but its roots may be traced all the way back to the Old French word “couche,” which simply meant “a bed, lair.”

So, what is a couch?

When it comes to couch vs sofa terms – even while purists have no problem referring to their den furniture with such familiar language, you won’t find many of them calling their living room furniture a “couch.”

Using Ceiling Fans In Your Home: Are They Classy Or Outdated?

We can consider couches a less formal version of sofas, used more often for lying on.

Sofa vs Couch: Differences and Similarities

Although the two expressions are frequently used interchangeably, depending on the situation, one word may be more appropriate than the other. For example, the sophisticated seat in your living room might be better referred to as a sofa, whilst the plush sitting in the man cave might be better classified as a couch.

There’s a ton of pretense when people correct you and say, “oh no, that’s not a couch, it’s a sofa”. Call it what you want Susan, but at the end of the day, a sofa may just be a more formal idea of a couch.

Some types of sofas you might find interesting for your next furnishing!

The word sofa is more than the four-seater piece of furniture you probably have at home. If you are looking for an interesting piece to make your home, office, or anything else look a little cooler, check out these types of sofas, you probably haven’t heard of:

Any sleeper sofa with the ability to convert into a bed is now referred to as a “Davenport” sofa. These sofas resemble futons in this sense.

Even though some people interchangeably refer to couches as “couch,” “sofa,” and “davenports,” the sleeper-sofa distinction that distinguishes the davenport precludes any conventional couch or sofa from being regarded as a true davenport.

The divan is a distinctive style of Middle Eastern sofa that has its roots in Persia. It often lacks a back and is placed against a wall.

Although certain divan models may have one arm, divan couches resemble beds more in several aspects.

Divans can be positioned on the ground or on a higher structure.

The divan is often connected with the sofa that many psychologists—most notably Freud—use during patient consultations, however, the piece of furniture is also used in homes for show and enjoyment. Perhaps your guests will feel like they’re in therapy when they sit in your home, lol.

The Chesterfield is a special kind of sofa that was invented in Britain (you can obviously tell by the name).

The Chesterfield sofa is instantly recognized by its tufted brown leather upholstery and high arms that are as high as the back of the sofa. It is associated with luxury, affluence, and timelessly chic style.

The Chesterfield continues to be one of the most sought-after pieces of luxury furniture despite having a history dating back more than three centuries.

A particular kind of sofa that only accommodates two people is known as a loveseat. They are upholstered and have a back and arms like their larger equivalents. These chairs were originally designed to be used by lovers to sit next to one another, this is why they have such a cute name.

Knowing the differences between the two phrases and their historical usages might help you gain a better sense of which word to use in the right context if you’re trying to be accurate or need correct terminology to carry out your interior design.

By Andrea Rodríguez
I'm Andrea, a decor and interior design expert who loves to share her tips and tricks for creating a beautiful home. I believe everyone deserves to live in a space that makes them happy, and love helping others achieve that. I'm always on the lookout for new trends and ideas to share with her readers. Can’t wait to help you create your dream home!
Previous Article Standard Sofa Dimensions – Find the perfect size for your couch
Next Article Lucky Bamboo Vs Bamboo – Uses, Differencies & Similarities

Using Ceiling Fans In Your Home: Are They Classy Or Outdated? 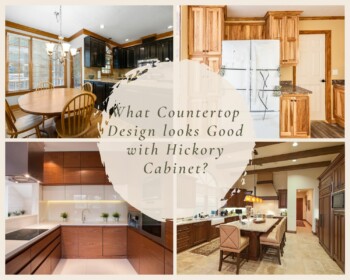